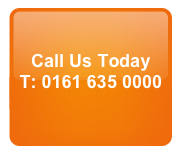 It finally looks like Spain will swallow their pride and request a bailout from the European Central Bank (ECB) it was reported today (Friday 21st September). This has seen a rise in the value of a Euro coin however it is not likely to hit the target of $1.31 unless the Spanish government act quickly in requesting financial aide.

This rise of ½ percent saw the value of a Euro coin against the dollar reaching $1.30. This has followed rumours that the Spanish government is considering a freeze on pensions and an increase in the age of retirement. This news is expected to spark new demonstrations on the streets of Madrid.

This is considered a strong recovery (albeit short term) following its dramatic fall due to slower growth in the EU business zone that was started by concerns over the seemingly endless recession.

In a similar move against the US Dollar, Sterling also rose to a 13 month high that was following lower public borrowing in the UK.

In addition to market forces the Euro coin currency has seen increases following the ECBs plan to purchase bonds from countries such as Spain in an attempt to secure the Euro currency on a pan European basis.

This has seen a slowing down in Spanish cities of people queuing to take their money out of Spanish banks that feared would spark a nationwide run and financial collapse. The Euro coin since its introduction has faced many challenges however this is by far and away the biggest crisis to hit the Euro zone since it’s introduction.

There have been a number of reports from Reuters news agency that many people have been exchanging euro coins for other ‘more stable’ currencies such as the UK pound or Swiss Franc (CHF).

Jose Vatrella of the ECL commented “We’ve seen some areas of the country that have had people crossing our borders with cars full of Euro coins and notes which they have withdrawn from the bank and are looking to change their Euros into other currencies. This has not reached huge proportions but we are appealing for people to stay calm”.